Shopping Cart
Your Cart is Empty
Quantity:
Subtotal
Taxes
Shipping
Total
There was an error with PayPalClick here to try again

Thank you for your business!You should be receiving an order confirmation from Paypal shortly.Exit Shopping Cart

Auditions for ANYTHING GOES have been announced! 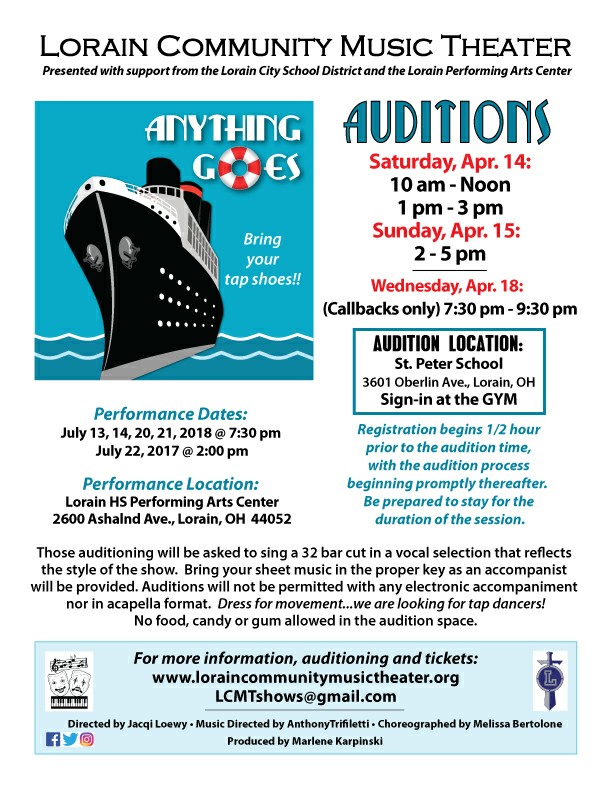 Meet LCMT's Director for this summer's production of ANYTHING GOES...Jacqi Lowey was born, raised and spent most of her professional career in New York City. After several years in the Broadway community, she came to Cleveland for the one-year run in the cast of Shear Madness at Playhouse Square. She then worked for 3 years as the Artistic Supervisor and PSM for Tony n' Tina’s Wedding, the longest-running show in Cleveland history. Local directing credits include The Cleveland Play House, Cleveland Public Theatre, Playhouse Square, Ensemble, Dobama, True North, Solon Center for the Arts, Weathervane, Charenton and CASE. As a performer, she has appeared regionally, nationally, internationally and on Broadway. A member of Actors Equity and SAG/AFTRA, Jacqi has performed in numerous commercials and feature films, most notably Robert Redford’s The Clearing with Helen Mirren. A recently unearthed talent for writing has garnered her commissions as a playwright (Ten Cents A Dance for True North Cultural Arts and Legally Addicted, a touring piece on prescription drug abuse). She is Creative Director for BOTH SIDES NOW, touring plays about interfaith relationships and is a past director of KNOW ABUSE.

Lorain Community Music Theater is thrilled to once again participate in the Lake Erie Crushers Art in the Park Night on TUESDAY, JUNE 20th! A portion of your ticket purchase will be donated to LCMT when you order tickets @ http://am1.glitnirticketing.com/amticket/web/gpcaptcha.php?refresh=1492613088&refresh=

Please come on out to support LCMT, The Little Mermaid cast, and the Lake Erie Crushers! 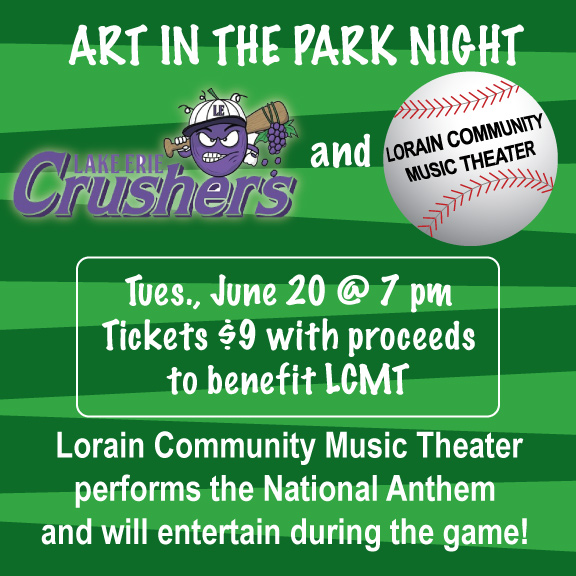 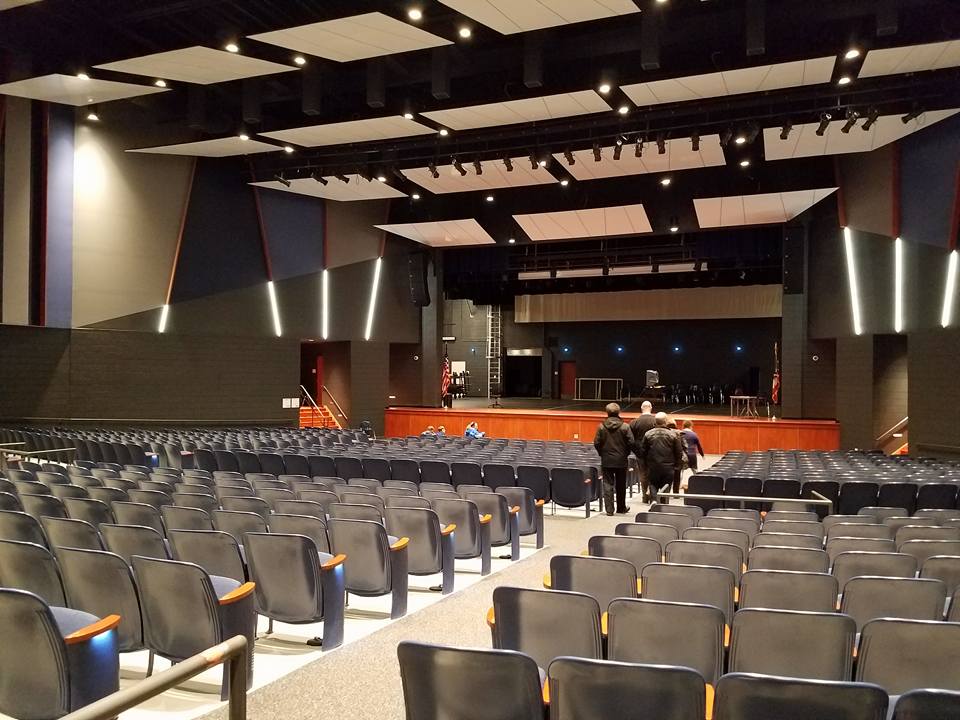 Dine at Amherst Chipotle on Sunday, February 5th from 4:00 p.m. - 8:00 p.m. to help support LCMT and our 40th Anniversary production of 'The Little Mermaid'! Print the flyer, show it on your phone, or mention it when checking out. Thanks for supporting LCMT! We hope to see you at Chipotle! #LCMT #ChipotleFundraiser. 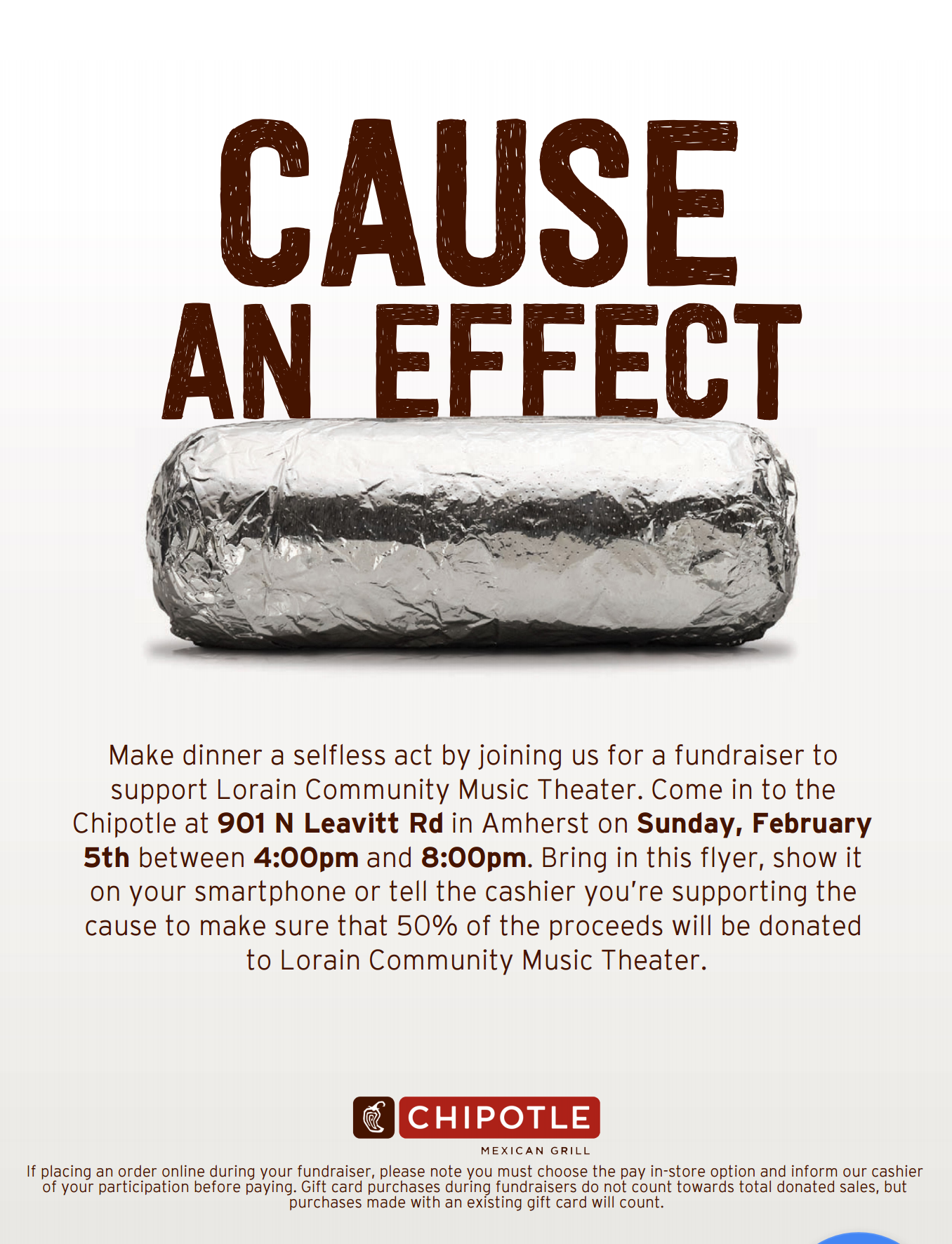